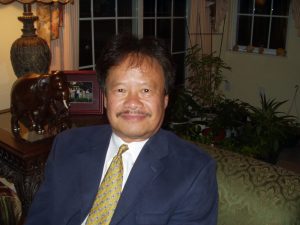 Mr. Minh Ngo was born and raised in Saigon, Vietnam.  He, then, moved to Bordeaux, France, to pursue a Bachelor’s Degree in Economics.  After graduation, Mr. Ngo moved to Quebec, Canada, to pursue further education in the field of accounting where he, ultimately, became a Chartered Accountant (CA) and ran a successful accounting firm in Montreal, Canada, for over twenty years.

In 2002, Mr. Ngo immigrated to the United States, obtaining a U.S. Green Card.  Shortly thereafter, he became an Enrolled Agent (EA), enrolled to practice before the U.S. Internal Revenue Service.  Mr. Ngo, then, became a U.S. Citizen via naturalization.  Since immigrating to the U.S., he has worked as an independent tax professional and a Chief Financial Officer (CFO) for a major nonprofit organization in Ohio.  Mr. Ngo specializes in assisting clients obtain family-based Green Cards, non-immigrant visas, and naturalization.

Mr. Ngo is fluent in Vietnamese, French, and English.

If you have any immigration questions or require immigration representation, please do not hesitate to contact us.  You may contact us by clicking here.